It's true and I am very excited.  I have been with the amazing John Mitchell at The Outhouse Recording Studio and have finished the EP.

This is my first post to say I am very happy to confirm Lake Of Dreams will be performing at WOMEN IN ROCK (Indoor Fest) in Kettering. 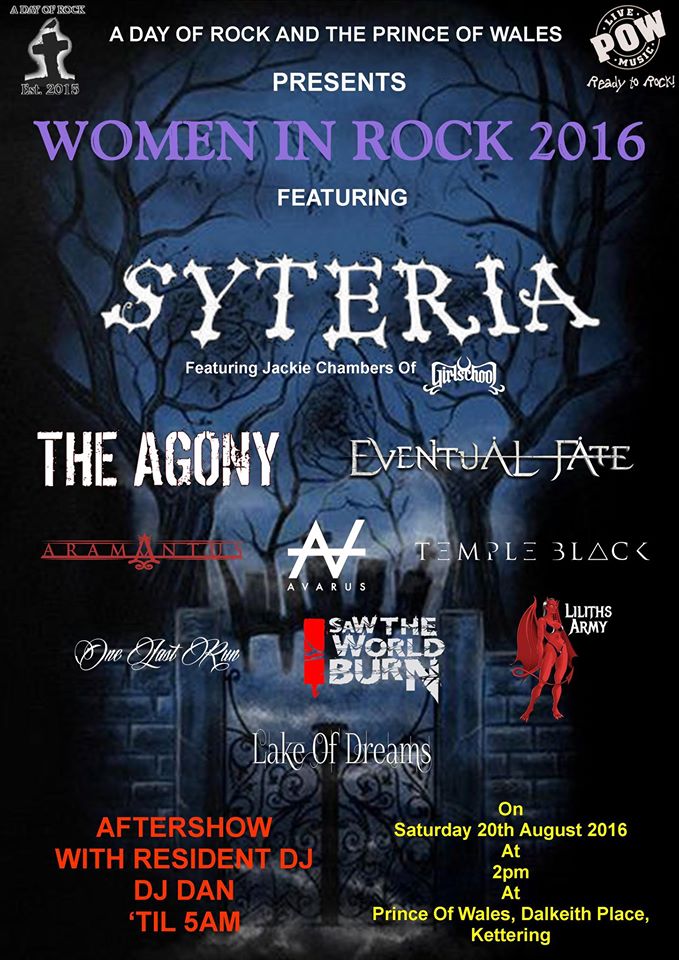 I will be doing a short 4 date tour later this year also so watch this space.

In other news, I shall be recording my album with John Mitchell at The Outhouse Recording Studios in Reading.

I am very excited to be working with him again as he was responsible for most of the Mindlapse recordings which received airplay including KKKK review in Kerrang and the whole EP was played on a live interview with Malcolm Dome at Totalrock.

Even though Lake Of Dreams is a solo project I hope to bring the ambience I will capture on record live.

I am absolutely grateful for the response I have been having from labels, media and fans.

Thanks so much, and I truly mean this from the bottom of my heart as I have a long way to go as starting from scratch since Mindlapse.

I feel in a more chilled place and I wanted an album to reflect various moods encompassing darkness and light with this album.

It is a romantic album primarily and I feel I wanted to bring that into my work which you would associate with Anathema, Southern Isolation, Aleah (Trees Of Eternity) and Opeth (Damnation) album.  I have a wide range of influences so I wanted this album to be able to capture atmosphere but also warmth so it is a place of reflection of past but also healing.

I hope you enjoy my work.  See you on the road.